From Greenland to Svalbard – A Dream of Arctic Ice & Glacier Cruise – Cruise & Luxury Travel on AsiaTravelGuide.US Skip to content 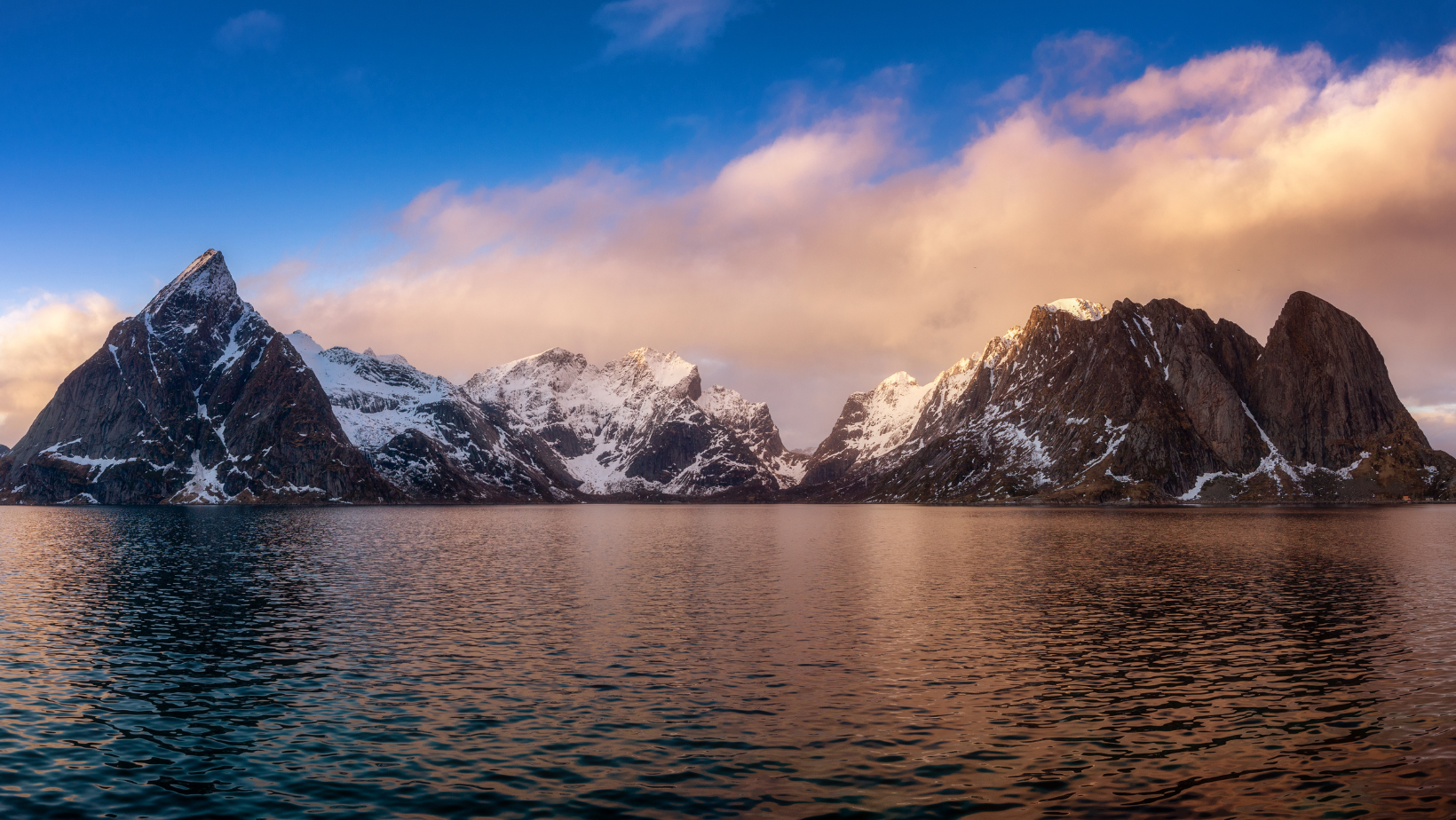 If you book an Arctic cruise around the shores of Greenland, Svalbard, Iceland, Norway, or Canada to the North Pole, you can expect to be transported into a dreamlike landscape of glittering ice worlds, distant from the regular civilization and usual greenery.

Enjoy it all in the enchanting Arctic light, knowing that nothing can ever take these priceless moments away from you.

The Arctic is not a continent in and of itself, but rather the Arctic Ocean, which is nearly continually covered by a meter-thick blanket of snow, especially in the Arctic winter.

Sea ice may become thickly packed ice floes that form gigantic ice sheets comprised of packed ice due to temperature, wind, and ocean currents; ice can break away from glaciers and calve into the Arctic Ocean, or little icebergs can peacefully roam across the Arctic Ocean.

The Arctic, named after the ancient Greek adjective arktikós for bear and located in the Great Bear constellation, encompasses not only the sea masses up to 5,669 meters deep but also portions of Russia, the United States of America, Canada, Greenland, Lapland, and Svalbard.

Optimum weather for a trip to the North Pole along the Nordic beaches and fjords.

Polar landscapes of the Arctic are defined by a beauty of ice and snow that only wind and weather can produce, whether it is stranded glaciers in Disko Bay, gigantic pieces of ice floating past Spitsbergen, the Greenland ice sheet, or the blue glacier heart in Iceland.

About 70 per cent of the world’s freshwater is kept in the ice sheets, making them an aesthetic marvel and an essential supply of water.

The vast Greenland ice sheet is the source of many Arctic glaciers, which form as the ice melts and flows into the ocean.

Icebergs don’t start until glaciers calve or hunks of ice break off with a thud and float to the water’s surface.

Although the Arctic is often associated with snow and ice, there are other sights to behold on an Arctic cruise than the ubiquitous white blanket.

Every day on an Arctic cruise, you’ll have the chance to see fascinating arctic wildlife like whales, polar bears, and walruses up close and personal in a variety of different ways, including: directly from your cruise ship; paddling in a kayak; wrapped up warmly by dog sledge; on foot; or by snowmobile.

Some animals have adapted very well to the harsh Arctic environment.

These include reindeer and muskoxen.

They use their hooves to scrape away the covering of snow on the ground to expose lichen and a certain kind of moss, the natural makeup of which prevents the blood from freezing.

Wind and sea currents maintain the ice in continual motion in the drift ice, and there you will find seals, their natural predators, and the hidden monarchs of the Arctic.

Numerous coats of arms and the flags of various Nordic nations include polar bears, which are also the subject of much Arctic mythology.

Your Arctic cruise should always includes;

What are the temperatures in the Arctic?

The Arctic is the northern hemisphere, namely the latitudes above 60 degrees.

The northernmost parts of North America, Asia, and Europe are included in this area, as is the icy Arctic Ocean.

Politically, the Arctic consists of the entirety of Greenland, Canada’s northern archipelago, and half of Iceland. When viewed from above, the Arctic is the other polar cap to Antarctica’s north.

A cruise to the Arctic is the perfect choice if you want to experience a unique vacation filled with beautiful scenery and intriguing sights.

Which explorers are credited with finding the Arctic?

Several people have attempted to reach the northernmost point of the Earth. Beginning in the eighth and ninth centuries, Vikings and other Scandinavian seamen sailed the northern seas.

In addition to visiting Iceland and the North Cape, Erik the Red also made it to the western shore of Greenland in the year 983. Many North Pole expeditions were launched in the 16th century in search of the Northwest Passage, a waterway connecting the Atlantic and Pacific oceans.

Because the Northwest Passage is no longer a practical commerce route, Arctic cruisers may take in the region’s ice splendour in peace and quiet.

To avoid the bitter cold, cruise the Arctic only in the summer and bring plenty of layers. Svalbard, for instance, has an average temperature of minus two to six degrees.

The coldest temperatures of the year often occur in January, February, and March, when the thermometer may drop to a chilling -15 degrees. Sunscreen is another item that should be included in your suitcase. Even while the Arctic sun isn’t ideal for those seeking a tan, it’s still powerful enough to induce sunburn.

When is the Arctic ice free?

The North Pole and the surrounding Arctic Ocean are never totally devoid of ice.

The Arctic comprises the Arctic Sea solely, partly frozen with a permanent ice sheet due to low temperatures, in contrast to Antarctica, an ice-covered continent.

Overall, this ice layer gets smaller in the summer when temperatures rise and more significant when they drop. This shift also makes June a better time for an Arctic voyage.

Who Lives in the Arctic?

Despite the harsh climate and challenging surroundings, four million people live in the Arctic now.

Longyearbyen, in the Norwegian archipelago of Svalbard, is the northernmost permanently inhabited city on Earth.

The Eskimos, Yakuts, Sami, Nenets, and Evenks are only some of the other arctic peoples that make their homes in the Arctic Circle and its surrounding regions.

Embark on an Arctic voyage to see the world’s northernmost regions and gain insight into the region’s culture, history, and way of life.

A voyage to the Arctic

The never-ending race to the North Pole was won on April 6, 1909, fulfilling sailors’ dreams, intrepid explorers, and adventures for ages.

The idea that the North Pole is inaccessible was busted when American explorer Robert Peary became the first person to cross the 90th parallel of latitude.

The enchantment of being so close to the area from where one can only proceed farther south hasn’t worn off in the nearly 110 years since the northernmost point of the planet was first discovered, and it continues to inspire adventure in visitors.

Arctic Ocean ice is three meters thick, making it impossible for ships to reach the North Pole at its precise location.

However, if you are on an Arctic cruise from Greenland, Iceland, Canada, or Norway, the closer you go to the North Pole, the more amazing it will be to witness the brilliant speciality of the North Pole and its northern lights.

Cruise the Arctic with the Inuit, the region’s hardy natives

Extreme living circumstances occur in the Arctic, especially during the winter, when temperatures can drop below 70 degrees, and there is virtually no daylight.

The region is also bordered by unending fields of snow and permafrost.

Some indigenous arctic peoples have also made permanent settlements in these regions, where they have managed to thrive for thousands of years by fishing, hunting, and herding reindeer despite the harsh climate and geography.

The Inuit are traditionally-living people who crossed the Bering Strait to Alaska from the Arctic.

They traditionally lived a nomadic lifestyle in the Arctic.

The arctic people, also known as Eskimos, often reside in wooden houses or tents, and the Inuit only use their self-built igloos in rare circumstances, such as while travelling.

An Arctic cruise is a once-in-a-lifetime chance to immerse yourself in the culture of the Arctic’s indigenous peoples, learn about their customs and practices, and get an understanding of the region’s varying perspectives on life.

When winter takes a break, the polar summer begins.

In the brief Arctic summer, Arctic plants must work quickly to conjure forth brilliant fields of blooms from the white environment of snow, ice, and permafrost.

The Earth thaws slowly and only on the surface, even if temperatures might soar to 20 degrees Celsius and more in the tundra region, for example, and the sun does not always disappear from the horizon at the summer solstice.

Because of this, throughout the summer months in the Arctic, you will predominantly see plants that do not need deep roots and grow extremely low from the ground at the first rays of daylight.

In the northern summer, mosses and lichens, the yellow buttercup, and the crimson saxifrage create vibrant river sceneries and valleys. 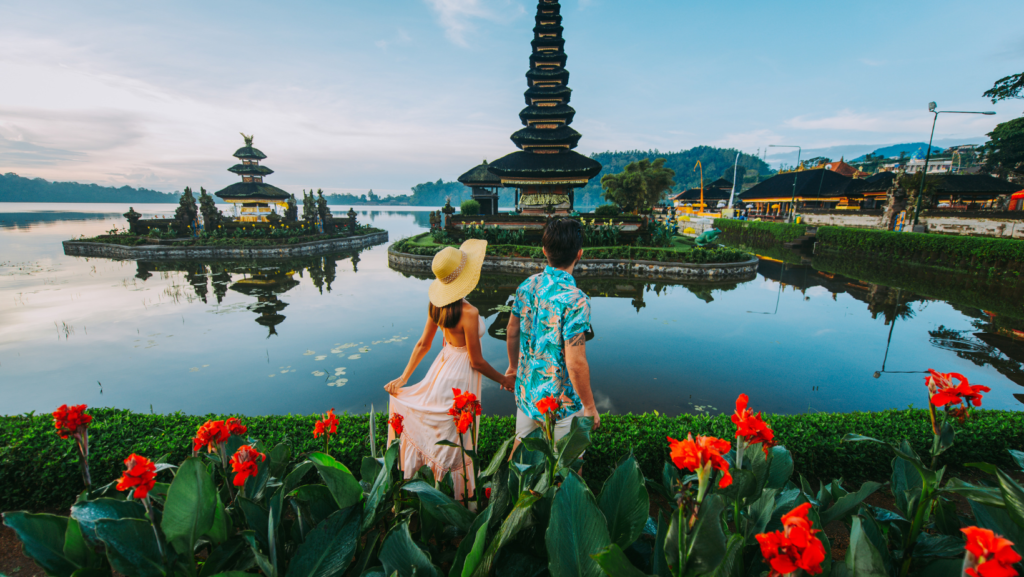 5 Top Asia Luxury Cruise Destination for Your Next Adventure 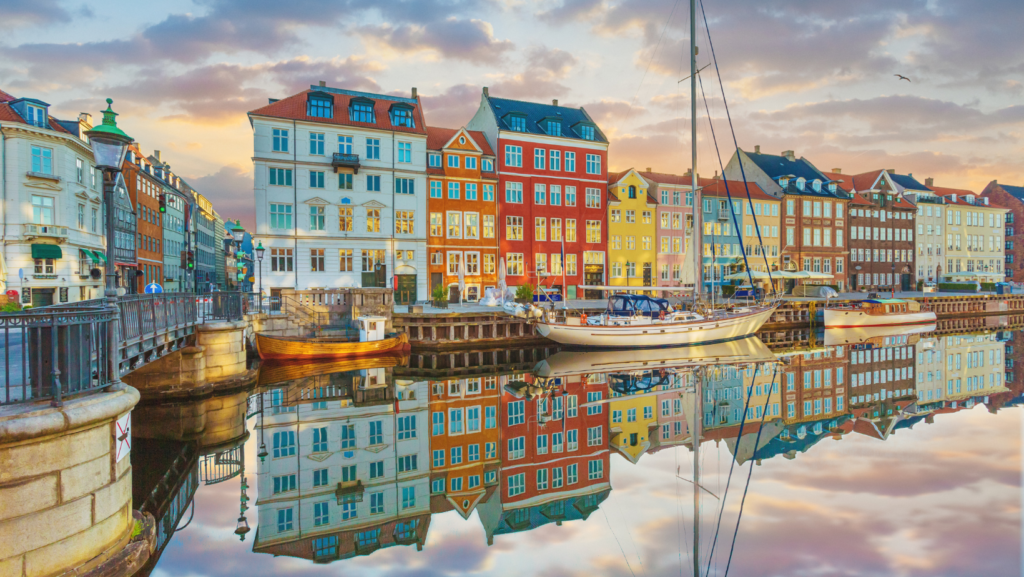